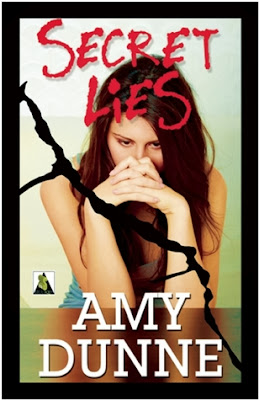 Would you face your biggest fear, to save the one you love?
Nicola Jackson escapes from her abuser, only to realize she has no one to turn to and nowhere to go. In a twist of fate, she accidentally bumps into Jenny O’Connor, the most popular girl at school. They strike up an unlikely friendship. As their trust in each other develops, they share their darkest secrets, and their relationship blossoms into a secret romance.
Jenny loves Nicola, but she is fearful that if their secret relationship is discovered, she might lose her family, friends, and her seemingly perfect life.
Nicola confronts her abuser and blackmails him to leave for good, but things go terrifyingly wrong. Jenny is left with a life-changing dilemma: should she face her fear and accept who she is, or let Nicola take the blame and pretend their relationship never happened?

When Nicola flees from her home, terrified of being murdered at the hand of her cruel abuser, she thinks life is over as she knows it. Understandably she feels lost, confused and depressed. Thinking no one cares for her, she has no plan in mind except to escape. Everything changes when she runs into her fellow classmate, Jenny.

Jenny was a character I slowly learned to enjoy. At first she seemed just like the rest of her friends, stuck up and quick to judge - I personally hate people who act like that! Over time her true colors shine through and we get to see that she's actually kind and caring, though still a bit pushy and aggressive sometimes.

Nicola is a bit more on the timid side, taking her time before really speaking her mind. With the shady past she's had to endure, it's no wonder she can be super shy and awkward at times. I felt for her throughout the whole story, shedding tears on her behalf. Though she made her fair share of irrational decisions, in the end I really could see where she was coming from.

I wasn't expecting this to be a story about a lesbian relationship, but it was a pleasant surprise that I saw coming pretty early on in the book. I don't normally read this kind of thing but I ended up really enjoying seeing all the issues that come with a hidden relationship like this one. Their love for each other was strong, powerful enough for me to feel even though I was millions of miles away.

I was so glad that Jenny helped Nicola conquer her inner demons, and I'm glad that the bastard who hurt her finally got put away. If you're looking for a story that will rip your hear into tiny pieces but leave it patched up in the end, Secret Lies is a great story to settle down with tonight.